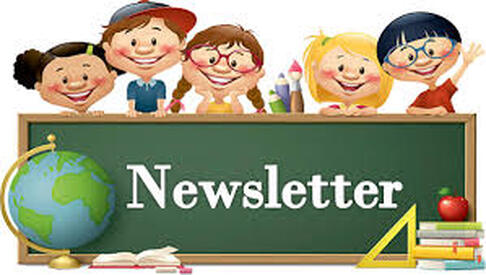 Feb., 2021
Feb., 14, 2021, PLE students team of Space Studies class have submitted their Middle School level project ’ Space Settlement‘ to National Space Society  ( NSS ) for contest entry.
Jan., 2021
​Good News, PLE team attended recent Ivy League MUN conference ( YMUN, HMUN ). For most of PLE delegates, this is the first time to attend a large MUN conference and all PLE delegates tried their best. Students learned a lot of MUN skills and started to build up experience for future conferences. PLE delegates won one Outstanding Delegates from YMUN and one Diplomatic Commendation from HMUN. Considering there were around 4 thousand delegates in HMUN and around 2 thousand delegates in YMUN, that is really amazing achievement. At the same time, 4 PLE delegates' essays have also been selected into Yale University Essay Contest Honorable list ( total only ~30 delegates on the list ) and their essays have been published on Yale website. Congratulations to PLE YMUN and HMUN delegates team!
Dec., 2020
Good News, PLE team attended recent middle school MUN conference hosted by UNAGB and had excellent achievements with 2 best delegates, one best negotiator, one best position paper, one best public speaker in MSMUN conference of November 2020. In the following invitation conference based on winners and outstanding students of November's conference, PLE won one of the only three best delegates. Congratulation to PLE delegates Team!
Sept. , 2020

PLease Click here to watch replay.
​
Oct. 2020
Introduction of Nobel Prizes of 2020 in the Fields of Medicine and Chemistry

​
With the Nobel Prizes of 2020 being awarded, the two awards in the fields of Medicine and Chemistry are particularly relevant to biology. Traditionally, the Nobel Prize in Medicine is awarded to discoveries that have real-life therapeutic impact, while the Nobel Prize in Chemistry is awarded not only to advances in chemistry, but also biology.
The 2020 Nobel Prize in Medicine was awarded to three scientists, Dr. Harvey J. Alter, Dr. Michael Houghton and Dr. Charles M. Rice, for their work in discovering the hepatitis C virus (HCV).
Affecting hundreds of millions of people globally, hepatitis, the clinical term for inflammation of the liver, is commonly caused by viral infections, and can be categorized into two categories, acute and chronic. While both forms of hepatitis can cause symptoms such as loss of appetite, fatigue, yellowing of the skin and eyes (jaundice), chronic hepatitis may lead to irreversible and deadly consequences to the liver such cirrhosis) or cancer. HCV is particularly dangerous since its acute hepatitis symptoms can go often undetected. Though the hepatitis B virus was identified in 1966 as a cause of blood-to-blood transmission of hepatitis, cases of hepatitis still arose in blood treated for HBV. It was in 1989 when the existence of HCV was confirmed that another distinct blood-to-blood vector causing hepatitis was recognized as the explanation for these cases. This discovery lead to new screening protocols to detect HCV positive blood, and the development of HCV antiviral drugs, which certainly helped the lives of many patients with HCV.
The 2020 Nobel Prize in Chemistry was awarded to two scientists, Dr. Emmanuelle Charpentier and Dr.Jennifer A. Doudna, for their work in discovering the CRISPR-Cas genome editing system.
Clustered Regularly Interspaced Short Palindromic Repeats, or CRISPR for short, is a type of pattern of DNA sequences found in bacteria and archaea (belonging to prokaryotes). When viruses infect prokaryotes, they insert viral DNA into the prokaryotic DNA to produce more viruses. Prokaryotic CRISPR sequences are derived from these viral sequences. When viral reinfection occurs, specialized DNA cutting proteins from the Cas family use the CRISPR sequences to very precisely identify and cut out newly inserted viral DNA from the genome, acting as a form of immunity. Dr. Charpentier and Dr. Doudna applied the CRISPR system to artificially edit bacterial genomes in 2012, while another scientist who did not receive the Nobel Prize, translated the application of CRISPR to human cells in 2014. CRISPR technologies have been very innovative and popular compared to previous gene editing strategies due to the lost cost and relative ease of creating a suitable CRISPR system for editing across the entire field of biology and genomics. The future of genomic editing for laboratory and therapeutic applications certainly lies in CRISPR/Cas systems, or similar modular editing tools.
If you are more curious about either Prize’s work, you can find a detailed background of the 2020 Nobel Prize in Medicine at this link: https://www.nobelprize.org/prizes/medicine/2020/advanced-information/ and the 2020 Nobel Prize in Chemistry at this link:
https://www.nobelprize.org/uploads/2020/10/advanced-chemistryprize2020.pdf.

PLE ‘s Astronomy News   -  Who is Andrea Ghez ?
Please click Here to Watch  Journey into the cloud at milky way center where black hole is discovered.